Round and round it goes...

Eighty six moons ago I held A for the first and last time. I know because today is his yahrzeit, the anniversary on the Jewish calendar. Jewish months are lunar, starting when the new moon shows up, ending when the old moon is no more. A was born in the middle of the month, on the full moon. Almost surreally-ginormous yellow nearly-full moon accompanied me on my ride to the hospital. So surreal was it that for a while after I thought I made it up.

It's been seven Jewish years, almost seven calendar years. It's a cliche, but it seems to've been both an interminably long and an absurdly short time. The moon's been full eighty six more times since I rested my boy's head on that one spot above my heart, since I willed my body to remember the feeling of his head there. So many things are hazy now, but if I bid it, that one spot, it still responds.

Because 12 lunar months come out to less than the number of days that it takes the Earth to go around the Sun, but 13 lunar months come out to more, Jewish years are sometimes 12 months and sometimes 13. Specifically, seven out of 19 Jewish years have 13 months, and, as I learned this morning when I looked it up, there's a nifty way to know which years those will be by using the layout of a piano's octave. Of the last seven years two were these 13 months leap years. The year we're in, the one that started with the High Holidays in September, is also a leap year, but its extra month hasn't happened yet-- it's up next, after this current moon goes to naught. I also learned this morning that the Hebrew term for the leap year literally translates into "a pregnant year." Nice. Subtle.

In Israel today they've buried Ariel Sharon, a former general and a former prime minister. As Vice President Biden eulogized him today, a complex man from a complex neighborhood. He died on Saturday after eight years in a coma. He had a stroke in 2006 and was in a coma ever since. Randomly, I thought of him about a week ago, wondering idly about whether he was still alive, whether anything in his condition had changed. But I didn't remember when I was thinking of him that his stroke happened before A died. I hadn't remembered just how long he'd been suspended in that ethereal space of technically alive. Time is a strange thing.

Since A's been gone the moon's done its monthly dance eighty six times, and the year's been pregnant twice, and so have I. And the incredible, wonderful, challenging, funny, loving children that survived those pregnancies and their amazing, lovely, hilarious and somewhat-crazy-making big sister make me feel overwhelmingly lucky every day. Another cliche, but my heart and my chest do really routinely feel like they are about to burst with the love and tenderness I feel for them. And alongside all that, most days in a quiet undertone, but some days like today in a major theme, their joyful presence underscores A's absence, everything he didn't get to do. They grow, they change, they amaze. He doesn't. But damn, I miss my son. That is all.
Posted by Julia at 3:06 PM

Thank you so much for this writing. I lost my son a year ago (his Hebrew yahrzeit is tomorrow, but we decided to follow the English date, it's so ingrained in my mind), and reading back through your posts on Glow kept me going during the first bleak months. Thank you for your words.

Thinking of you and A and sending love. That feeling, of being so full of love but at the same time still missing, still takes me by surprise sometimes.

Lovely and thoughtful, poetic and true. Thinking of A and you... sending loving thoughts. TTGal

God, I had the same thought when I heard Sharon had died. So long ago, but not really.

I'm sorry I didn't see this when you posted. The end of the Google reader, you know.

Love to you all. We miss you.

Hello,
I am a psychologist and a blogger (http://docgrumbles.wordpress.com). I am currently conducting a survey of bloggers who post about pregnancy, fertility, adoption, pregnancy loss, and parenting. I would like to extend an invitation for you to complete the brief survey found here:
https://www.surveymonkey.com/s/MLVBHDG
(I am very sorry to leave this in a comment like a spammer!)
Thank you so much!
Dr. Grumbles

So long and yet so short. Of course you miss him. Thinking of you and A.

Hello Everybody,
My name is Mrs Sharon Sim. I live in Singapore and i am a happy woman today? and i told my self that any lender that rescue my family from our poor situation, i will refer any person that is looking for loan to him, he gave me happiness to me and my family, i was in need of a loan of S$250,000.00 to start my life all over as i am a single mother with 3 kids I met this honest and GOD fearing man loan lender that help me with a loan of S$250,000.00 SG. Dollar, he is a GOD fearing man, if you are in need of loan and you will pay back the loan please contact him tell him that is Mrs Sharon, that refer you to him. contact Dr Purva Pius,via email:(urgentloan22@gmail.com) Thank you.

If you are looking for an excellent contextual ad company, I suggest you try Propeller Ads. 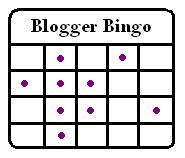